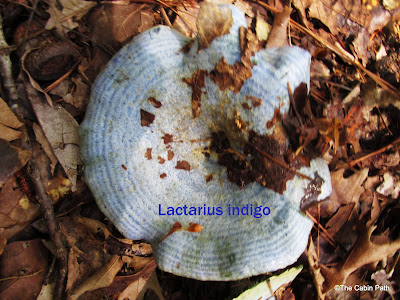 Over the weekend, I discovered some blue mushrooms.  I did not remember seeing any before, but now that my eyes are watching for them, I have found them in many different areas around the lake! I called on my friends from the  Mushroom Club of Georgia, www.gamushroomclub.org a group that has visited TCP several times. They quickly identified it as Lactarius indigo. Fascinated by the rich, deep color, I decided to read up on dyes and mushrooms, and I began experimenting with a batch! If all goes as planned, I hope to dye some cotton squares for new prayer cloths for the labyrinth cove.  I am planning to use natural plant and mineral dyes found around here, and blue will be a wonderful addition! 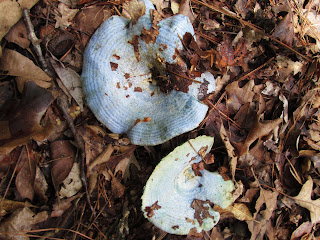 I started with the mushrooms.  Immediately, I was surprised by the oozy blue “milk” all over my hands from simply picking it.  I knew the mushroom was edible, so I was not worried about any toxins, but it reminded me of an almost permanent blue medicine I once used on horse cuts and scratches.  (I was thinking I might have to hide my hands for awhile!) 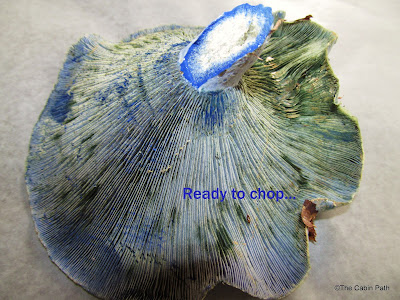 I boiled 2 cups of water, and I added about ½ cup of vinegar.  I sliced the mushrooms and added them to the pot of hot water.  I let them steep until cooled, and then I poured them into jars to “age.”  In reading more about these mushrooms, they turn greenish when exposed to air, so one of the mushrooms may have been too old…the batch seems to have a greenish tint, but I’m learning!! In looking at the paper towel I used to clean the dirt off of the mushroom, I saw that the dye is that bold blue…maybe I need to use my mortise and pestle and smash them up and use that for stamping….maybe that’s tomorrow’s project!  Here are some pictures from today: 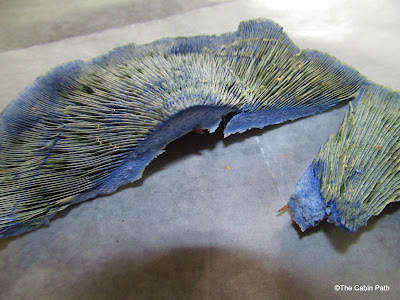 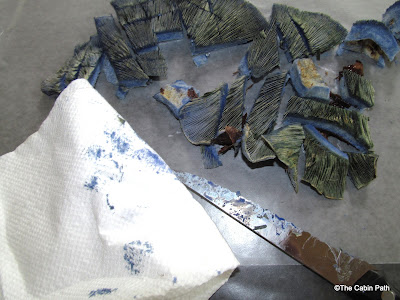 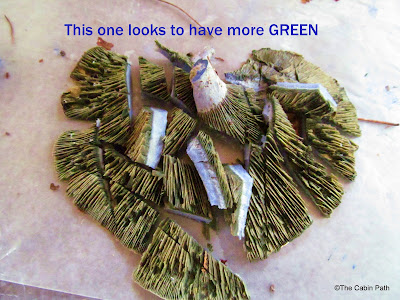 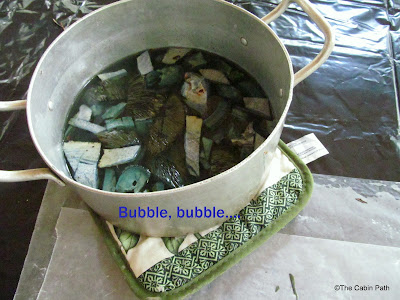 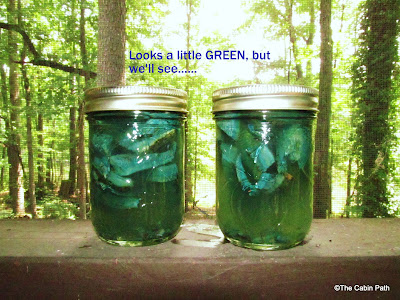 Posted by The Cabin Path at 7:18 AM No comments: