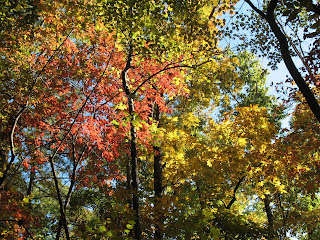 http://www.photoshow.com/watch/TA3iD5Un
Posted by The Cabin Path at 10:45 AM No comments: 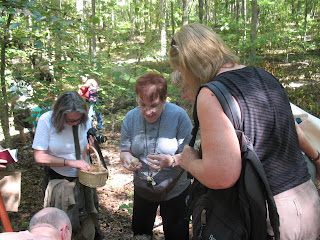 The Georgia Mushroom Club met at The Cabin Path for a walk.  BEAUTIFUL weather!! but also dry, so we did not find the mushrooms that are usually found here in the fall.  We did, however, find many. 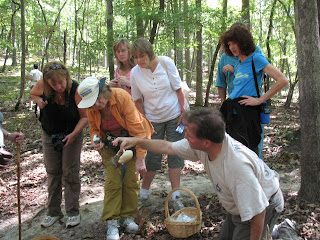 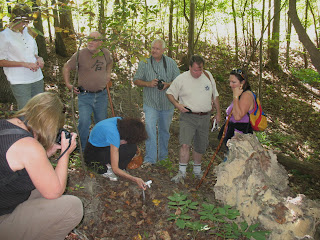 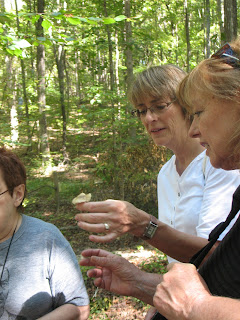 New friends for The Cabin Path, and I hope they will visit often!  Thank you all for sharing your knowledge about mushrooms! 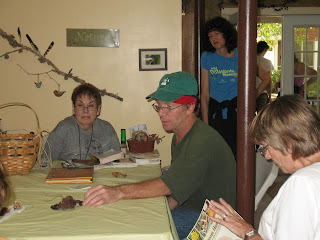 Here are some of the mushrooms that have been found here at The Cabin Path:
http://www.photoshow.com/watch/vE8Zs8eY

and a link to the Georgia Mushroom Club:
http://www.gamushroomclub.org/
Posted by The Cabin Path at 10:08 AM No comments: 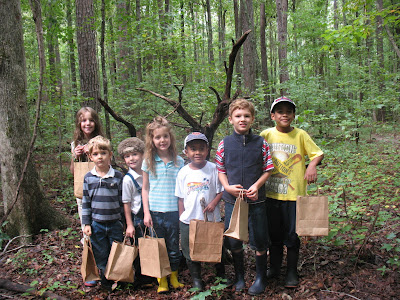 ﻿
It was a morning of showers, but a forecast of clearing skies.  Our TREES Workshop began.  We met in the Gathering Room to discuss some facts about trees, and then we hit the trails as the sun peaked through the clouds.  We saw the damage from storms earlier this year.  We lost many trees.  “Tornado” or “down bursts”…the damage remained the same, but the shallow root clusters of those towering giants were still amazing to see. 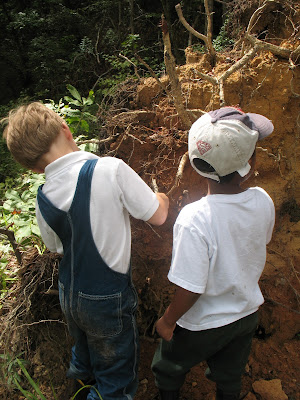 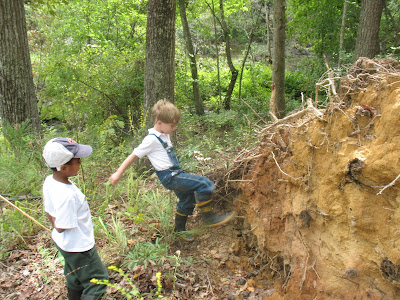 On our walk, we stopped to pick up some of the “golden stars” of the Sweet Gum Tree.  We talked about the differences between the Evergreen Trees and Deciduous Trees. We saw the canopy above us, and we began to explore the forest floor. We talked about animal and insect homes, and how the fallen limbs and leaves renewed the soil and provided a habitat and camouflage for many critters. 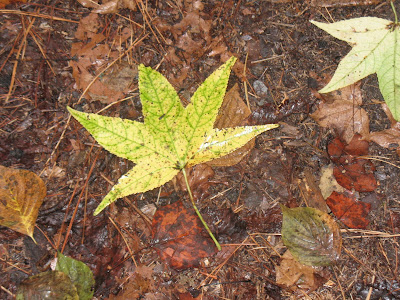 ﻿As we stopped to watch two tiny toad jumping among the leaves, we were all awe struck as a snake quickly grabbed one of the toads and held it tightly in its mouth. It was such an unexpected event for all of us, we simply stood and watched as the snake began to slither away…toad in mouth! I was certain it was a non-venomous snake, but I was uncertain of its exact species.  I emailed a reptile expert friend who identified the snake to be a Midland Water Snake. 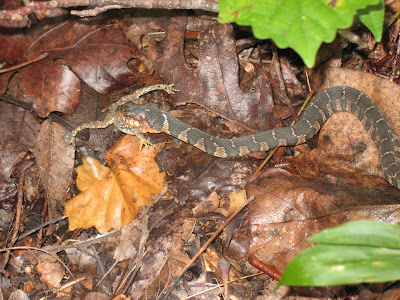 I was a little unsure about the reaction of such an unsettling event, but all of the kids and Moms were eager to go on with the walk. “COOL!” was the common comment! It was an important lesson that nature teaches, and it made the discussion of the food chain very realistic! They understood that trees helped give food and shelter, and all things are connected and work together.  They also continued their walk eagerly looking and watching, but I had to admit, the snake’s lunch was a little hard to top.
We walked to the labyrinth cove and talked about how fallen trees in the water gave cover to fish and insects. 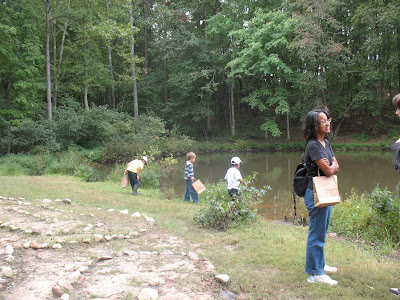 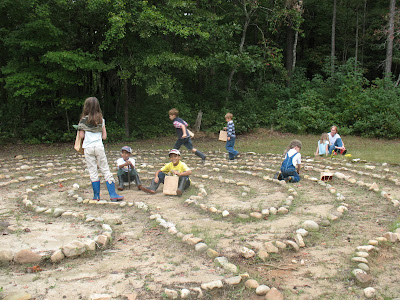 We saw the Long Needle Pines, and we collected some of their needles. I explained that many Native American wove intricate baskets with them, and many have survived for over a hundred years. (an art project for our Native American workshop!)
Our path back led us by the old log cabin, another use of trees. After a tour of the cabin, we rested on the cabin porch. There was even time for a game of checkers. 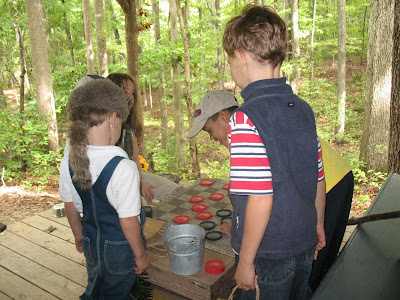 Before we left, I pointed out the hornet’s nest hanging like a piñata from a tree near the cabin.  I explained that it too was made from wood! 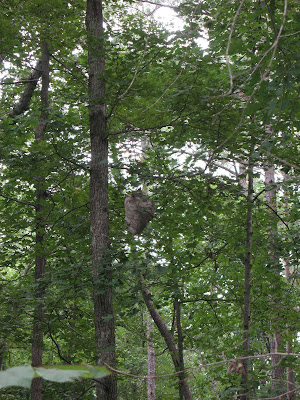 Back at the Gathering Room, we took time for a picnic lunch before making some leaf rubbing of our finds along the trails.  It was also time to practice a little rock skipping in the lake and just a time to visit and explore! 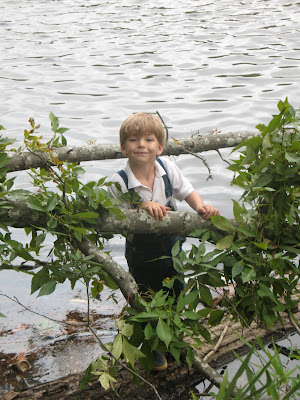 It had been another magical day of discoveries. It was not anything that I taught, but it was rich in the lessons that nature shared…something that I learn daily on my walks around The Cabin Path! 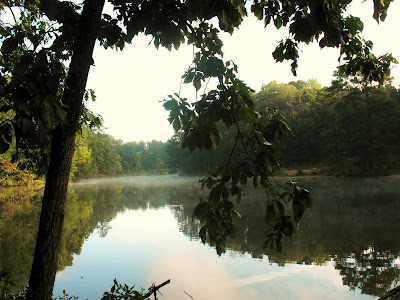